Or: The Magic That Walks Among Us – Part 2

Author’s Note: This post was started months and months ago, and then ended up getting left on the wayside as I got tied up in other things. Now it has become more topical in the daftest, worst possible way, I thought I’d come back and finish it…

Ages ago I did a post on real-life experiences with magic, otherwise known as That One Time the city of Carlisle accidentally cursed itself and everyone just had to deal with it.

At the time of writing, I wasn’t really planning on turning it into a series at all, but then I stumbled upon a couple of comments on an internet thread, and did a bit more digging and low and behold I have another case study for us all to enjoy!

As writers, especially fantasy or science-fiction writers, we like to imagine that the discovery of a real-life example of magic would throw our whole world into turmoil. It would be a sensation! It would revolutionise everything!

For example, imagine some nice ordinary angler was fishing away, minding their own business, on the banks of the Loch Ness, in Scotland? And after a long day of not much happening – which I understand can happen a lot in fishing? – at last! There is a nibble on their line! And then there is an enormous tug! And another one! And finally with a great heave, up comes …

Now, after what I assume must have been a … somewhat fraught few minutes, in which the angler in question apparently develops the kind of Herculean muscles necessary to haul up something of the estimated size and weight of ol’ Nessie, well… What happens next?

I mean, after he rings his wife up and panics to her, and she asks him if he’s been drinking again, and he finally assures her, presumably through a lot of camera phone photos that he really does have Nessie on the shore with him and she panics and all that.

Actually, it turns out, what comes next is that some lovely people from the Scottish Natural Heritage (SNH) Department will be wanting to have a Conversation with our unlucky angler immediately. It would also mean that this heroic, lone office that actually has it’s paperwork in order would swoop in to finally make use of those forms they’ve been sitting on for a while.

Because of course the first thing on the agenda is ‘Do we have the forms correctly filled out yet?’

Real life, it seems, has no time for our sense of dramatic tension. Go figure.

However, it does mean that we must now take a moment to sit down and truly appreciate the fact that back in 2001, during a period of very heightened interest in Nessie and the catching thereof, the heroes over at SNH sat down in a serious office, in their serious grown-up suits and seriously asked the question: “Wait. What if someone actually catches the old girl?”

In fact, this has actually happened a few times over the course of recent history, and friends, I cannot tell you how much every single one of these conversations delights me! 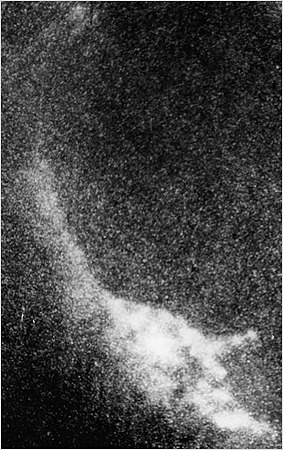 Way back in 1971, Cutty Sark (the whiskey manufacturer, not the boat) offered an award of one million pounds (because of course that’s the figure you’d pluck from the air as a reward) to anyone who could capture the Loch Ness Monster. But, and I can’t imagine why or how this happened, they began to get cold feet. Because I guess in the 1970’s it was starting to look like this might actually happen?

In fairness, back in the 1970’s there had been a lot, and I do mean a lot of interest, and there were a huge number of sightings coming in every year, and a (excuse the pun) boat-load of scientific expeditions trying to find any trace of Nessie they could find. Monster-hunter, the late Robert Rines, took an underwater photo (right) deemed so convincing that scientists at Harvard and the Smithsonian Institution expressed genuine and serious interest. (It was later connected to a strobe light, I think, and thus disqualified.)

So I suppose that at the time, it might have looked like there was a very good chance that the whiskey-men would have to actually stump up some serious cash any day now.

And that clearly hadn’t been the plan.

So the nice people at Cutty Sark asked Lloyds of London, the insurance people, to underwrite the contest. The insurance company actually agreed to this, but only on the condition that it would get to keep Nessie.

I have… a few questions, number one being: What on Earth was Lloyds of London going to do with their very own folkloric sea-monster?!

Where would they even put it? Did they want her alive? Was an intern going to have to feed her and take her for walks, no swims? Were they going to feed under-performing managers to her?

Now, in fairness, initially Lloyds had apparently turned the Cutty Sark people down. Not, I  feel I should stress here, because someone in the board room said ‘Hey, Mike? This seems a little silly, and all. Maybe we have better things to do around here?’

Nope, apparently they also considered that the risk that they would have to pay out on this thing to be “too great.”

People who were around in the 1970’s? Your world sounds like it was amazing, and I would almost like to move there…

Anyway, in true British fashion, Lloyds got called chickens for not wanting to stump up the cash on the off-chance of finding Nessie, and Lloyds said ‘What the heck? Let’s go for this crazy scheme.’ Again, the 1970’s sound like they were a whole fantasy novel on their own, and I’m mad I didn’t get to write it…

If you’re curious, the contract apparently went as follows:

“As far as this insurance is concerned, the Loch Ness Monster shall be deemed to be:

In the event of loss hereunder, the monster shall become the property of the underwriters hereon.”

Which also means that another development in this – frankly amazing – story would have been that some unsuspecting researcher in the Natural History Museum could have one day, out of the blue, received the single greatest phone call of their life. Again, just picture the scene!

“Hello?”
“Ah, good morning, are you the person to speak to about sea-reptiles?”
“Yes, how can I help?”
“Oh good! We need you to come and identify Nessie for us.”
“…What?”
“It’s Lloyds of London calling.”
“This explains absolutely nothing, but thank you.”

Nowadays, thankfully, the question of what on earth do you do with the Loch Ness Monster once you’ve gone and caught her has been nicely cleared up by those lovely people over at SNH. There is, as is the way with government, a code of practice all drawn up to offer protection to any new species found in the loch, including a monster. It stipulates that a DNA sample should be taken from any new creature, and then it should be promptly and carefully released back into the loch.

Put that thing back where it came from or so help me, indeed.

So … Sorry, Lloyds of London, no pet sea-monster for you…

In the event that you feared that the insurance companies of the world have settled down about Nessie though, I am happy to report that a touch of magic still remains for us all.

Back in 2005, when Scotland’s biggest triathlon was happening in and around Loch Ness, the swimmers were all insured, for again no less than £1 million, per swimmer, against being bitten by the Loch Ness Monster. You know… Just in case?

17 thoughts on “Lloyds of London, the Scottish Natural Heritage and the Loch Ness Monster…”